Mythbusters: Macs Are Not Safe From Viruses!

On a sunny Sunday afternoon, Jessica Brown was browsing the internet and reading random articles about celebrities on her Mac. Suddenly, completely out of the blue, a nasty popup appeared on her screen. It said that Jessica had to make a money transfer to get rid of the annoying popup.

Jessica couldn't believe it. How come? Up to that moment, she thought Macs never got viruses or any malicious software. As it turned out, Jessica was wrong just like most carefree Mac users.

The myth that Macs are more secure than computers that run on Windows OS has been around for a while. Apple has been marketing Macs as "bulletproof" computers that have almost zero percent chance to get a virus. But in reality, Mac users still get malicious software, viruses, and security attacks.

Are you still seeing Macs through rose-colored glasses? It's time for you to find out why these computers aren't completely immune and what you can do to protect yourself.

Now let's talk facts, not myths. Here's what reality for Macs looks like: 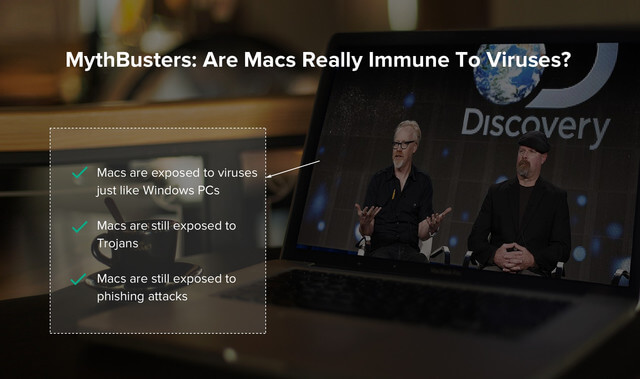 Macs are exposed to viruses just like Windows PCs

As Macs become more popular, they become a sweet spot for hackers and malware. In 2018, there were at least three viruses that stunned the Mac community:

Issues with App Store breaches, cryptojacking, emerging Trojan viruses – are the reality of MacOS, just like with all operating systems.

Macs are still exposed to Trojans

Trojan viruses are malware disguised as content you potentially want to download: for example, a music file or a program like an antivirus! When you get a Trojan, your Mac starts to work unexpectedly, slows down, or displays annoying ads on a screen. Meanwhile, the virus does what it's designed to do: damage, modify, or steal your data as well as deteriorate the performance of a computer.

The lion's share of Trojan virus cases occur through zero-day attacks. A zero-day vulnerability is a software glitch that hasn't been fixed yet, often in browsers (or other programs). Essentially this means Mac users can get viruses even without downloading any potentially nasty content.

Zero-day attacks infect both Macs and PCs and it doesn't matter how careful a user is. The only way to protect yourself from a zero day attack is by getting an antivirus program that will detect the injected malware and eliminate it before it does any harm to your Mac.

"Phishing" is a kind of email that attempts to acquire your personal information like credit card CVV numbers, passwords, etc. Phishing originates from "fishing" because such emails disguise as mails from legitimate organizations. These emails are like baits for fish. At first glance, you might not even notice a difference.

Phishing constitutes 70% of all cyber attacks, making it one of the most popular ways to compromise users’ security.

Just like when you’re driving a car, it’s not just your own safety that matters – it’s everyone else in the car with you.

Saving $20-$40 per year on one of the best antivirus programs will cost you dearly if you get infected with nasty malware that will risk your privacy and valuable data.

Your Mac could be like a sitting duck for every hacker under the sun (or looming in the darkness), without a proper antivirus program.

How to protect your Mac

As you can see, the most typical advice to all Mac users out there is to:

But what if you don't want to stuff your head with all of these dos and don’ts? A sure way to secure your Mac is to get a top antivirus program.

Antivirus programs work like a shield that protects your computer from malware, it blocks undesired programs and alerts you if there's a danger of getting a virus. 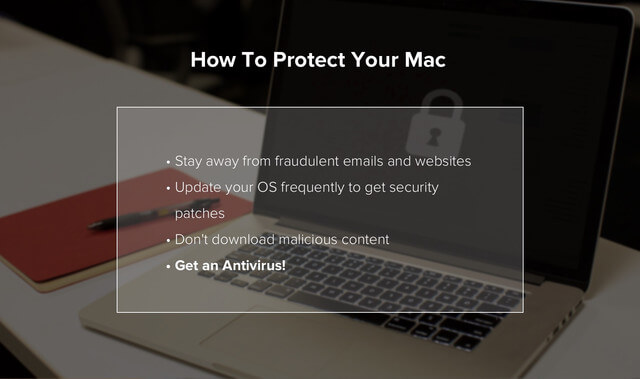 Below, we've collected a few tested antivirus applications that won't break the bank and will protect your precious Mac 24/7.

Jump straight to:
The Best Mac Antivirus 2022 at a Glance:

Get The Best Security For Your Mac with Unbeatable Malware Protection.