Windows 7 End Of Life: What You Need To Do Now To Stay Safe

How to move on from — or keep living with — Windows 7

A legion of vocal PC enthusiasts swears by Windows 7. Why? Because it stays out of your way, and it just works.

Until today. On January 14, 2020, Microsoft ends Windows 7’s extended support. Windows 7 has reached end of life and the free Microsoft Security Essentials antivirus program will no longer be supported either. 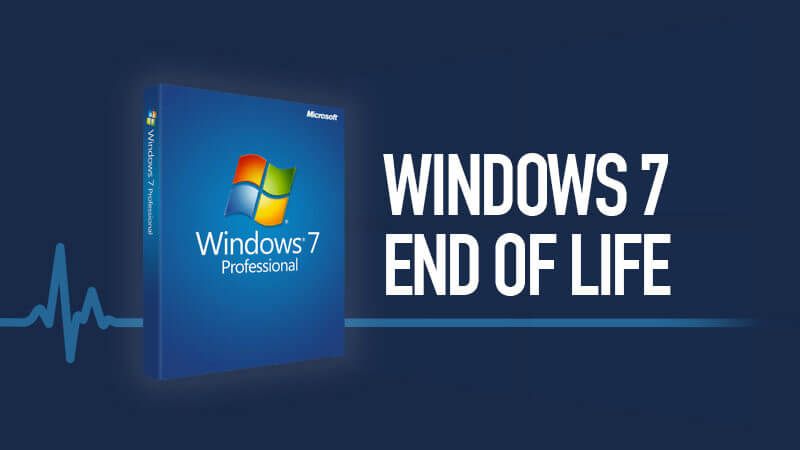 Your PC will keep operating, of course. Microsoft isn’t literally pulling the plug on your devices. But Windows 7 won’t receive any more updates or security patches, meaning your PC will also be very vulnerable to all those nasty malware programs garnering headlines seemingly every day. If you keep using Windows 7 — and over a quarter of all computers run it, per NetMarketShare — you’re on your own, and the Internet can get nasty.

We can help you stay as safe as possible, though.

How to survive with Windows 7 (at least for a little while longer...)

If you do decide to stick with Windows 7 after Jan. 14, you'll need to take some precautions:

- Update everything in the January 2020 Microsoft Patch Tuesday release. It'll be your last chance to make sure Windows and other Microsoft software are as secure as possible.

- Ditch Microsoft Office and any of its components, such as Word, Excel or Outlook. Switch to Google's office suite or to LibreOffice. For an email client to replace Outlook, try Gmail or Thunderbird.

- Turn off Java in your browsers.

- Turn off Adobe Flash Player in your browsers.

- Install one of the best antivirus programs. Microsoft will stop developing its own antivirus software for Windows 7, Microsoft Security Essentials, so you'll need something else.

The bottom line is: Upgrade to Windows 10 ASAP and get a decent antivirus software regardless.

Saving $20-$40 per year on a decent antivirus program will cost you dearly if you get infected with nasty malware that will risk your privacy and valuable data.

Your old Windows 7 PC will be like a sitting duck for every hacker under the sun (or looming in the darkness), without a proper antivirus program.
Jump straight to:
The Best PC Antivirus 2022 at a Glance: